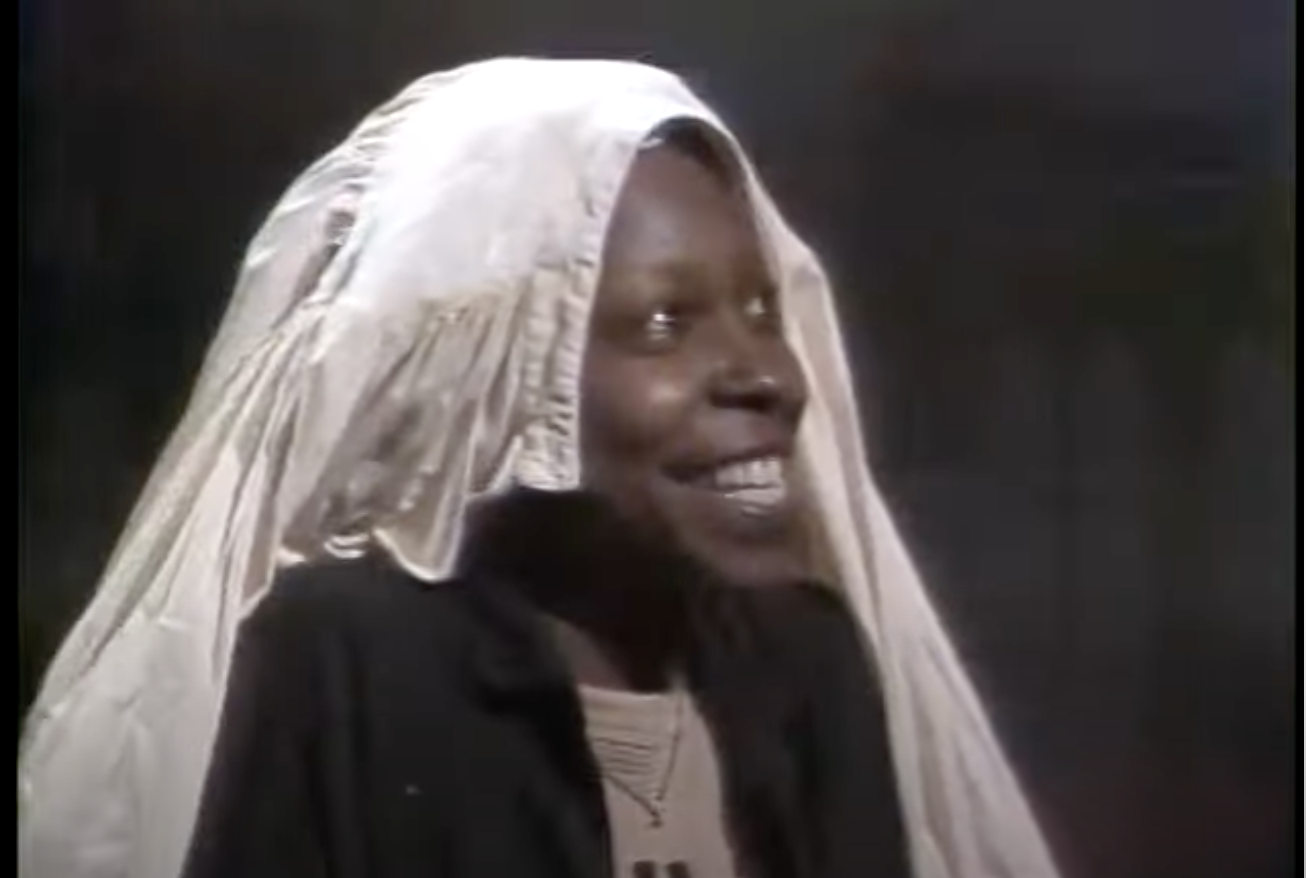 I was fifteen years old sitting in my sophomore year English class when I first saw it. The smart board flickered on and in a matter of moments, a video of Whoopi Goldberg impersonating a little girl was playing.

The impacts of what I watched took some time to marinate. It was only until recently that I looked back on it and saw it for what it was; why, only one of the most pivotal moments in my life!

At that moment in time, I had never witnessed a full fledged adult impersonate a child before; at least not with the dexterity that Whoopi had. For that matter, I don’t think I had ever witnessed anyone do a solo impersonation of what felt like people entirely “outside of their wheelhouse”. Quite frankly, I didn’t realize this was something acceptable for an adult to do, period. Don’t get me wrong, I was doing this stuff too — just in the privacy of my own home, to my family that had to put up with me; not for the viewing of the general public.

I had come to learn that this one woman show titled “The Spook Show” was what actually sparked Whoopi Goldberg’s career. She had an array of characters that she embodied effortlessly; like her body had just become possessed by them.

As a teenager living in New York, I was of course familiar with the concept of acting, but this felt different. This felt more meaningful, more impactful, more relevant.

Years passed. I went through college; started working. And while those number of years were spent learning, making new friends and having adventures, I began to feel a disconnect between what my life looked like and the potential and qualities I knew I held within. I was working a job that was not a good match (how’s that for diplomatic?) and my mental health began to take a turn for the worse. My self-confidence was at an all time low; my spirit — something I had come to pride myself on — now completely diminished.

Over the course of a few years, I had multiple friends tell me to check out Upright Citizens Brigade (UCB); that they had shows that “were right up my alley” — my alley being an incredibly dark lit place; somewhere you definitely don’t want to find yourself alone late at night.

After some time moseying around, ignoring suggestions from friends and loved ones, I eventually made my way to my first UCB show. Arriving ten minutes late, I snuck into the dark East Village theatre to meet my friends. It was only a few minutes in, and I was just about ready to jump out of my seat. What I was witnessing was astonishing; and I so desperately wanted to be a part of what was happening up there.

I have yet to experience such a distinct, visceral reaction and yearning for something as I had at that 7pm show. I was completely head over heels for what I had just witnessed. Watching the incredibly talented improvisers on stage, I felt like I had been transported back to the crazy, unexplainably silly times I shared with friends in middle school — the feeling of being completely uninhibited, just completely immersed in the crazy shenanigans and hyena laughs specific to that of being an 11 year old.

That night sealed the deal. Whatever it was that had just happened up on that stage, I needed to do — stat! So I signed up for the next possible Improv 101 class at UCB.

To say I was nervous would be the understatement of the year; so much so that I actually had to draft a dear friend to take the class with me. The lead up to that first class was excruciating — I was fearful, but I also so badly wanted to see what it was all about already. The day arrived, those three hours passed, and I left that windowless, <500 square foot room with a new lease on life. For the first time in almost two years I had a newfound passion and motivation — not just for this hobby, but for the community that came along with it.

I felt like I had tapped into an untouched reserve within myself that I had been overlooking for years — a reserve so vast, some countries might even want to have a turf war over it someday — okay, I’m just hamming it up to you guys now.

But in all seriousness, I was only sorry I denied myself this part of me for so long.

For the next seven weeks, the highlight of my week happened every Saturday at 3pm. I was obsessed; I had a new set of friends, an instructor I deeply admired, and a new creative outlet — and for only $450 — what a steal!

In improv, I had found my new Whoopi Goldberg.

Since that monumental first class, I have gone on to take upwards of ten classes; ranging from improv to characters, standup to storytelling — all in the pursuit of scratching that creative itch —which they really oughta make a cream for already… and it better be less than $450.

From my final improv class, I was lucky enough to form an indie improv team with a number of classmates. We would practice for three hours every Saturday, and a few months later, we worked our way up to performing weekly shows around the city. To date, some of my fondest memories are of those days where I would wrap up a long day of work and then rush to perform at a show (or two!) after.

And while it’s super fulfilling to work your imagination in such a multidimensional way, the most impactful part of it all was the camaraderie. Without the people, the act of improv would be a shell of the experience that it has come to be. Without the people, you would simply be just sitting in the basement of a terrible bar — to all of the bars reading this, please CC my agent. 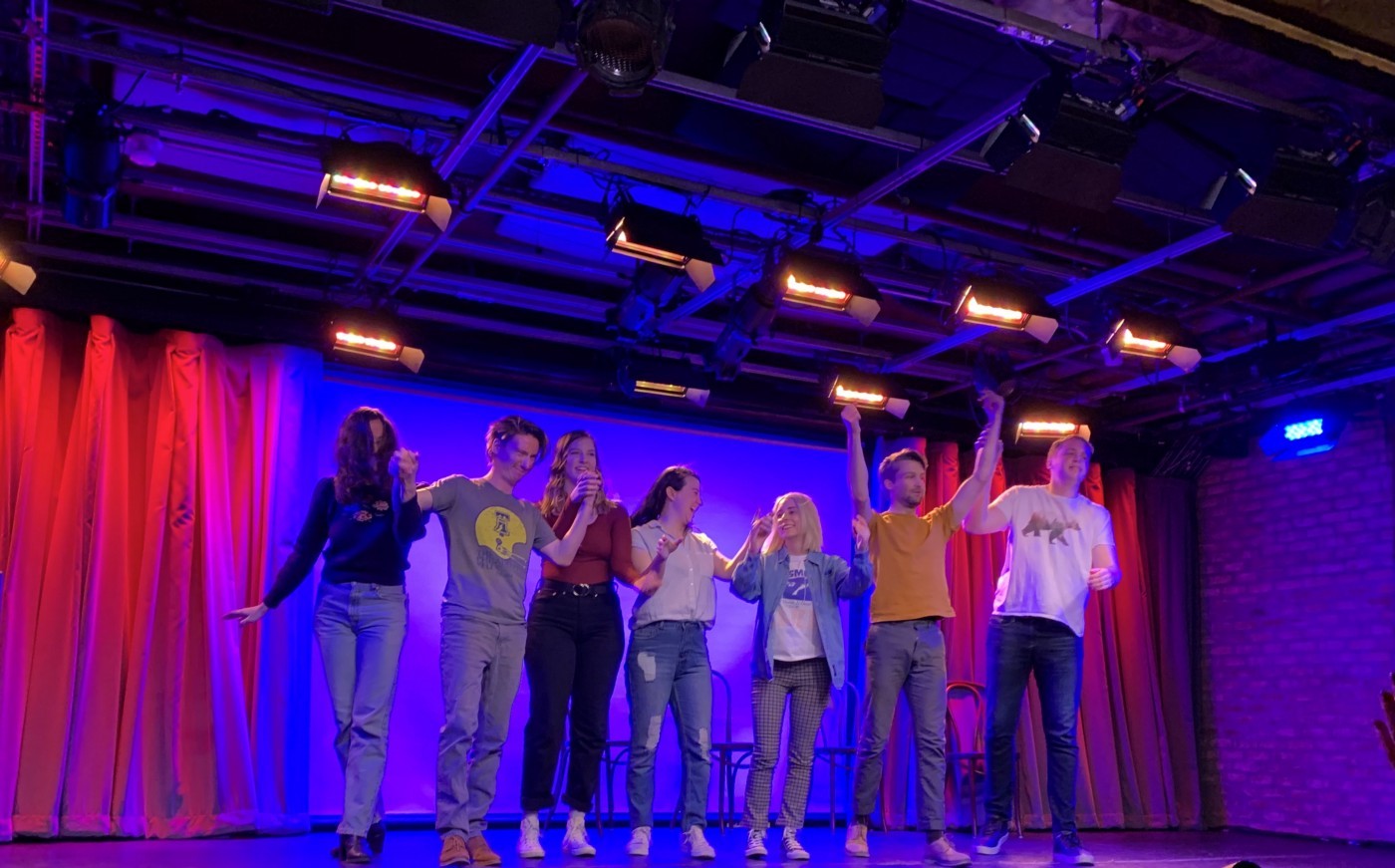 Through improv I got to meet a slew of new people I might not have ever had any reason to be in the same room with… anyone from a financial analyst, to an actress, to an elementary school principal— okay, so this same line up might actually exist at jury duty too, but I can promise you, not with the same pizzazz!

The beauty of it all — we were there for the same reason, seeking the same internal fulfillment that can only be obtained through the pursuit of creative expression.

Improv taught me that everyone, genuinely, has something to bring to the table — that there’s a whole universe inside of each and every one of us. Unexpectedly, it also showed me that everyone is funny in their own way; even if that looks a bit different than your own — but, that in those differences there is beauty and diversity. It reinforced the conviction that I already had already learned being the the youngest child in my family — to go out of your way to make sure everyone is included. Everyone has something of value to add, something to teach you; it just depends on if you want to listen. 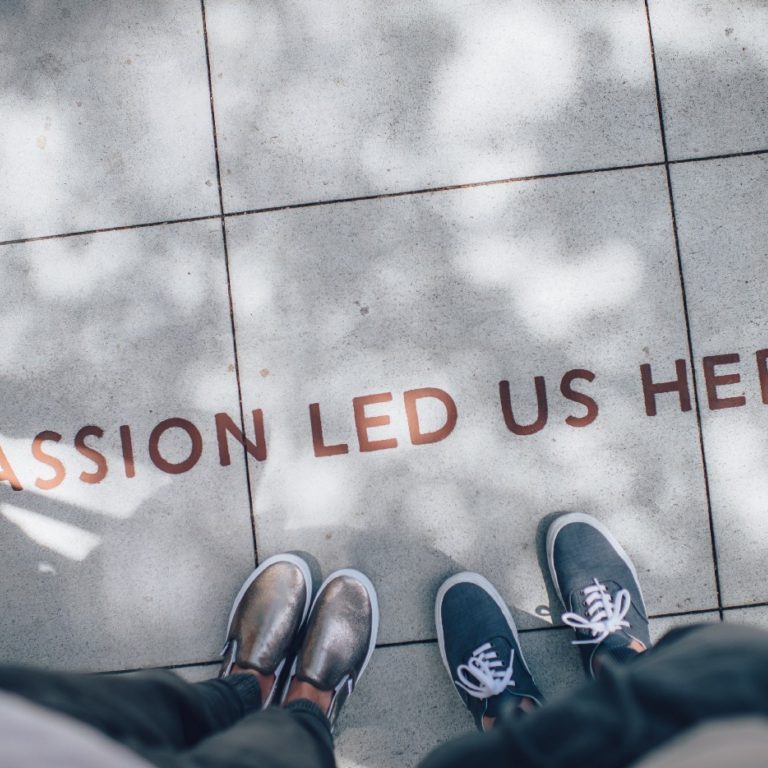 From Architecture to UX Design 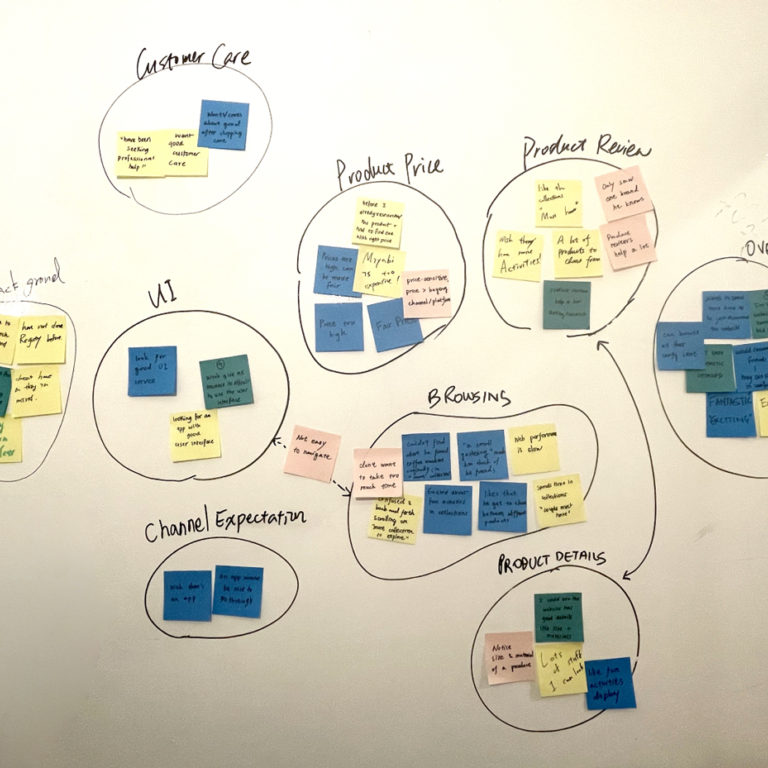