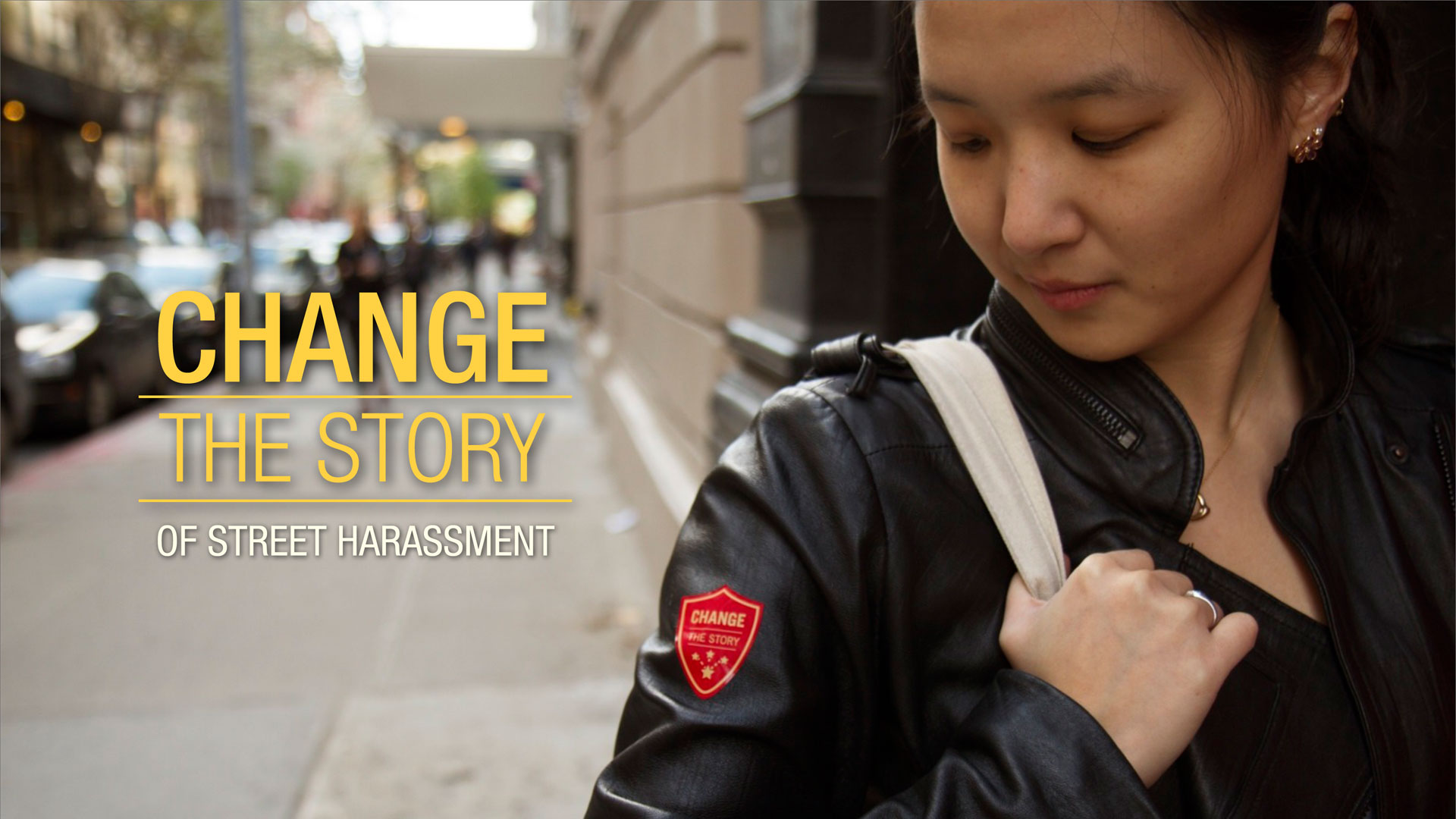 Right now, our public streets are not public for everyone. In a 2008 study of 811 women conducted by Stop Street Harassment, almost 1 in 4 women had experienced street harassment by age 12 and nearly 90% by age 19. The constant threat of harassment limits the way women and minority populations experience urban spaces.

There are a few activist organizations that have begun the work of collecting stories and data on the pervasiveness of street harassment as well as giving the harassed tools for what to do to report and respond if they're ever in that situation. But this data is often trapped on their organization’s websites, accessed only by those already committed to fighting the problem.

Change the Story visualizes the incidents of street harassment physically on the street and gives voice to the people who experienced street harassment. This shifts the burden from the harassed to the bystanders by raising awareness.

The visualization also visually displays support for stopping street harassment in NYC. Using both technological and analog strategies to amplify and spread these stories, we can build a league of informed bystanders and citizens to make urban spaces more accessible to all.

By building a coalition of informed urban citizens, and continuing to visualize the pervasiveness of these stories in real spaces, we aim to end the shame and stigma of being harassed, as well as build a society where this behavior is completely unacceptable. 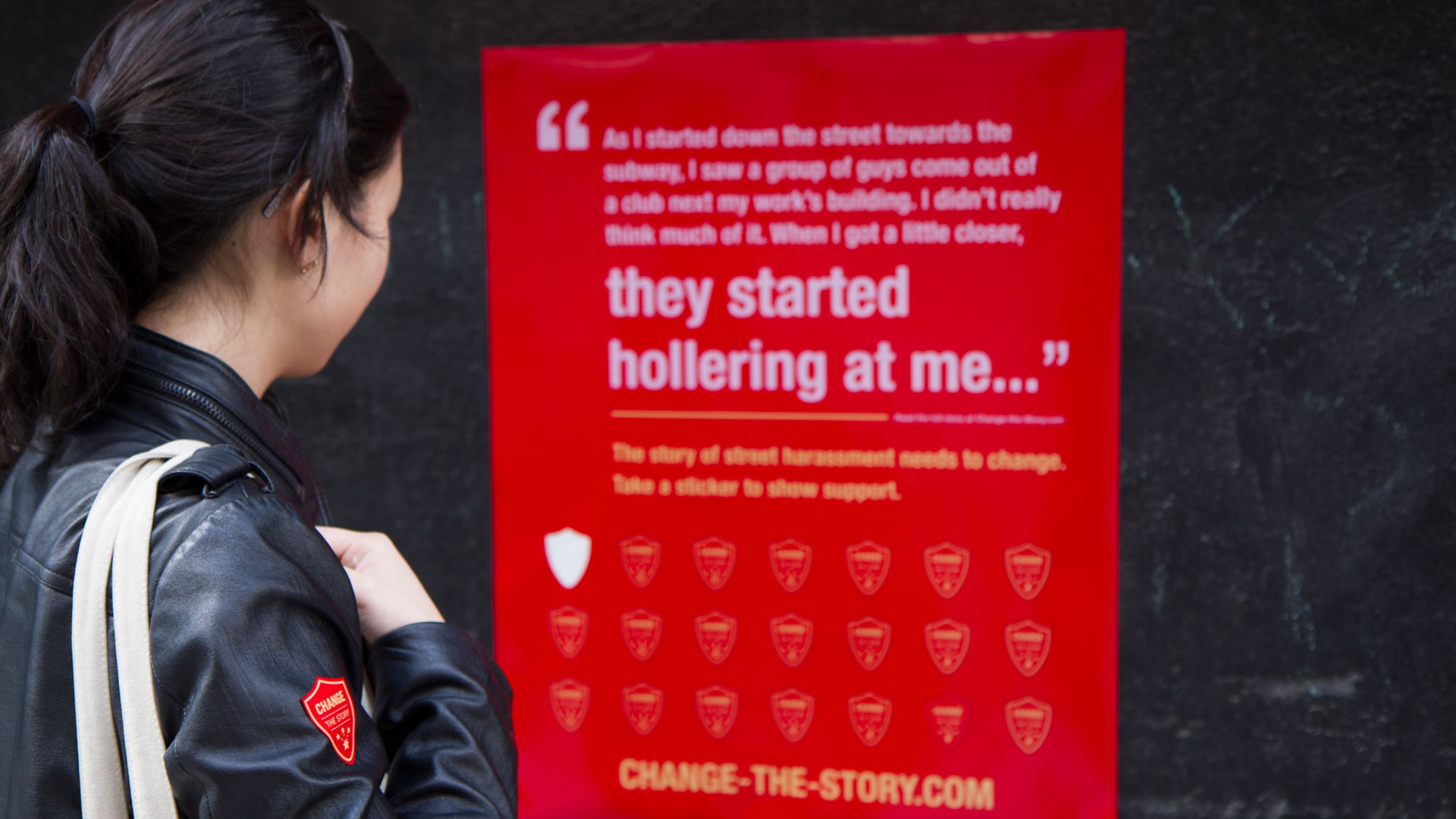 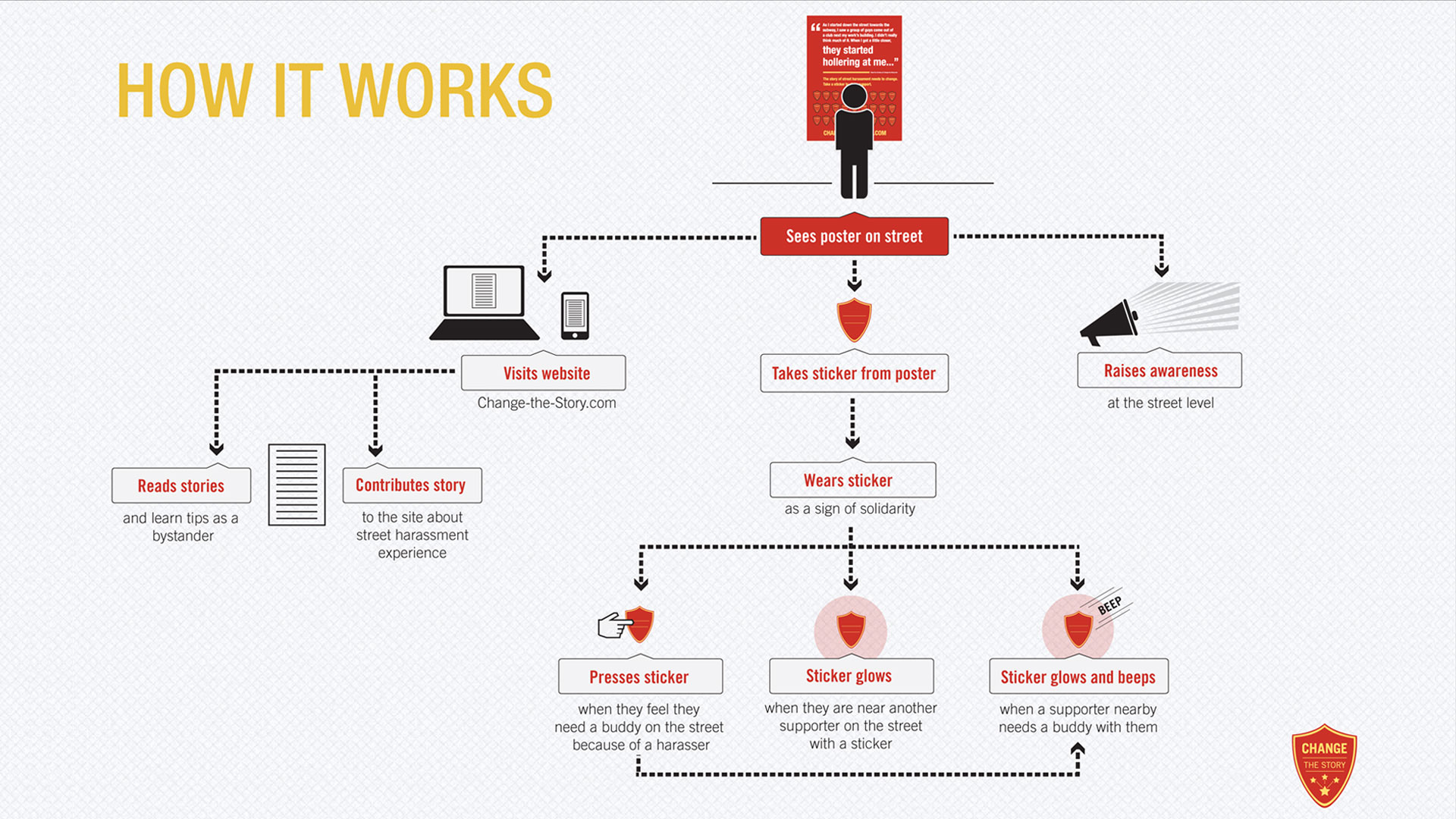 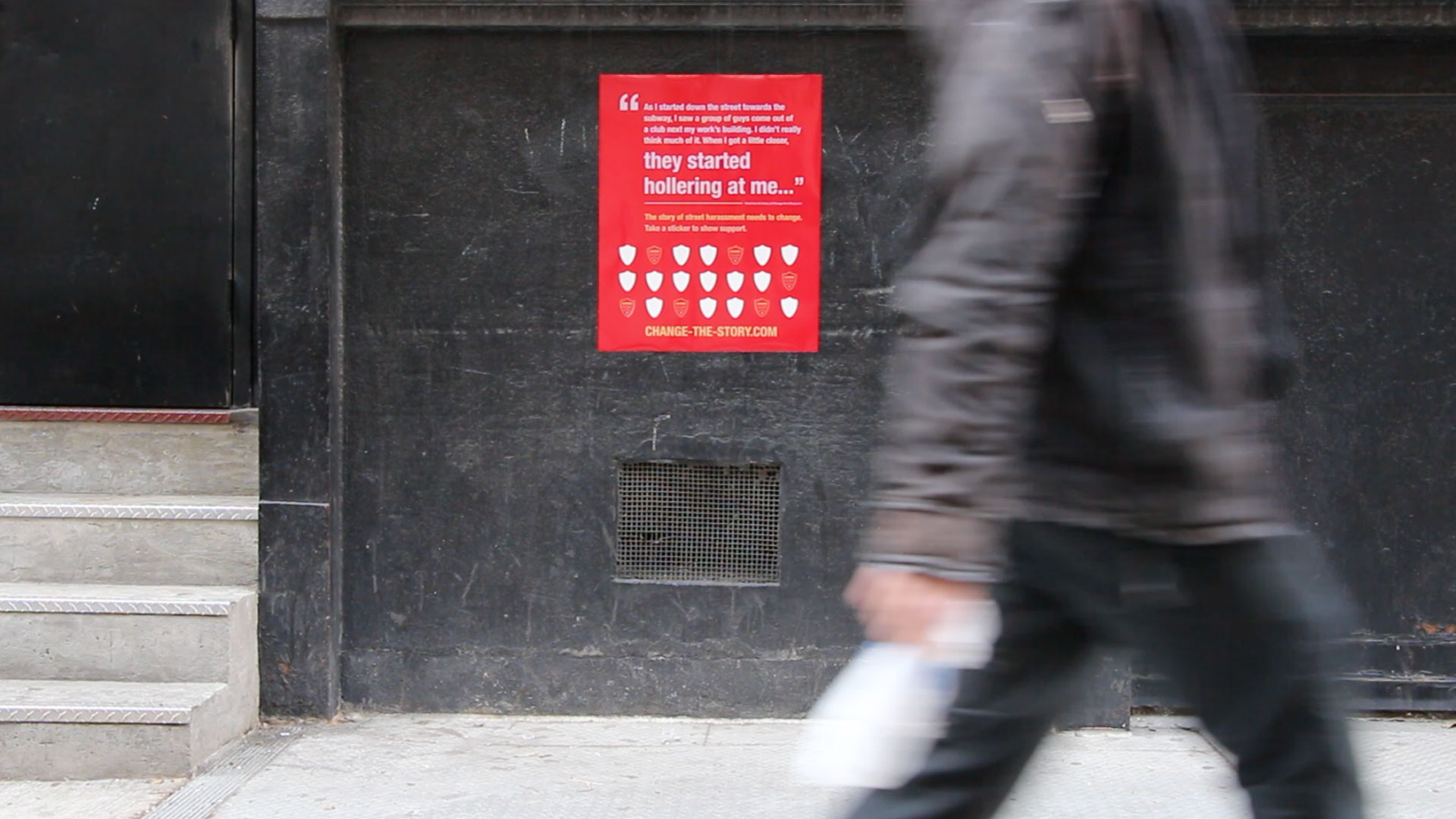 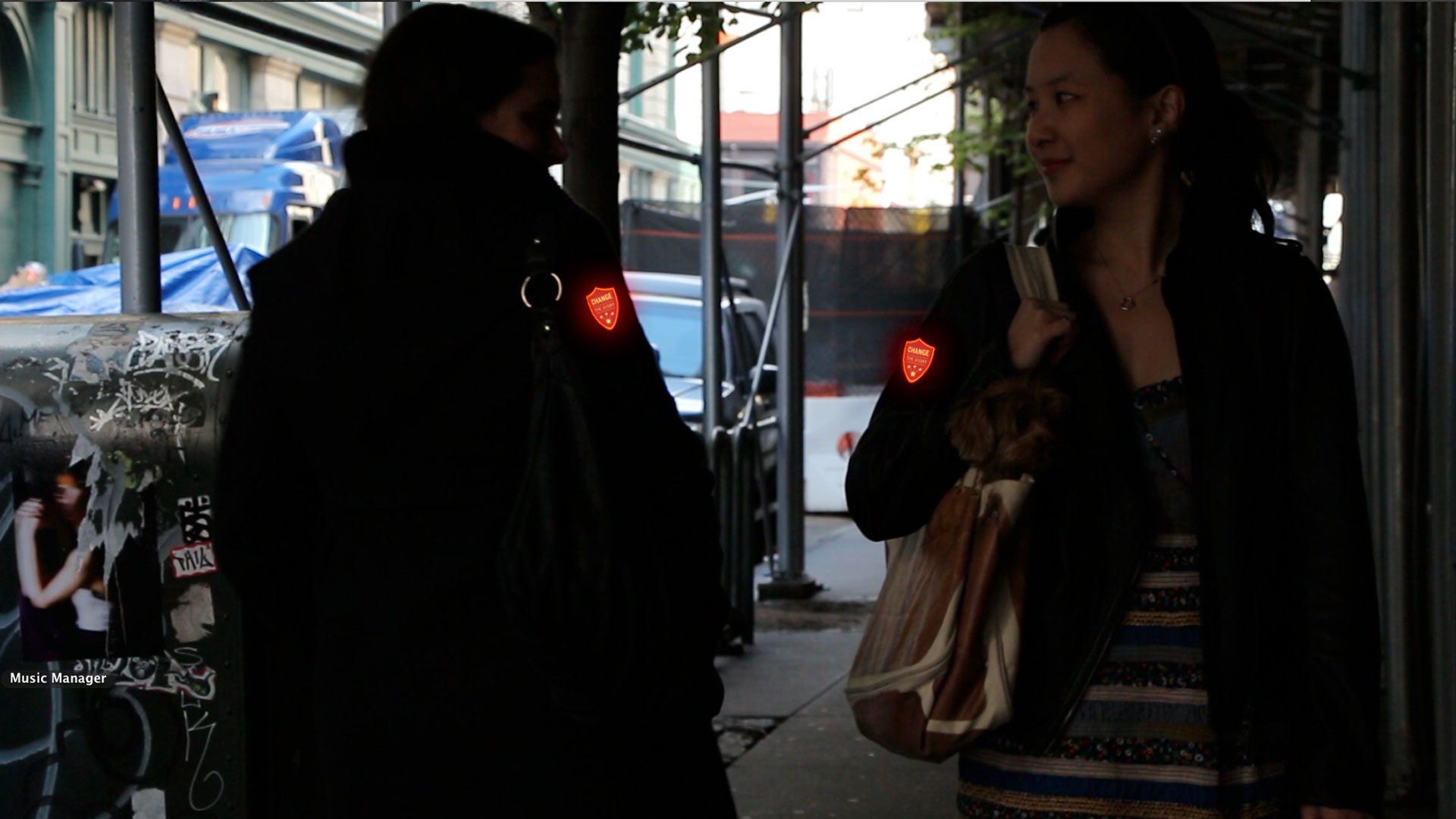