Made by Luke Stern Sam Wander 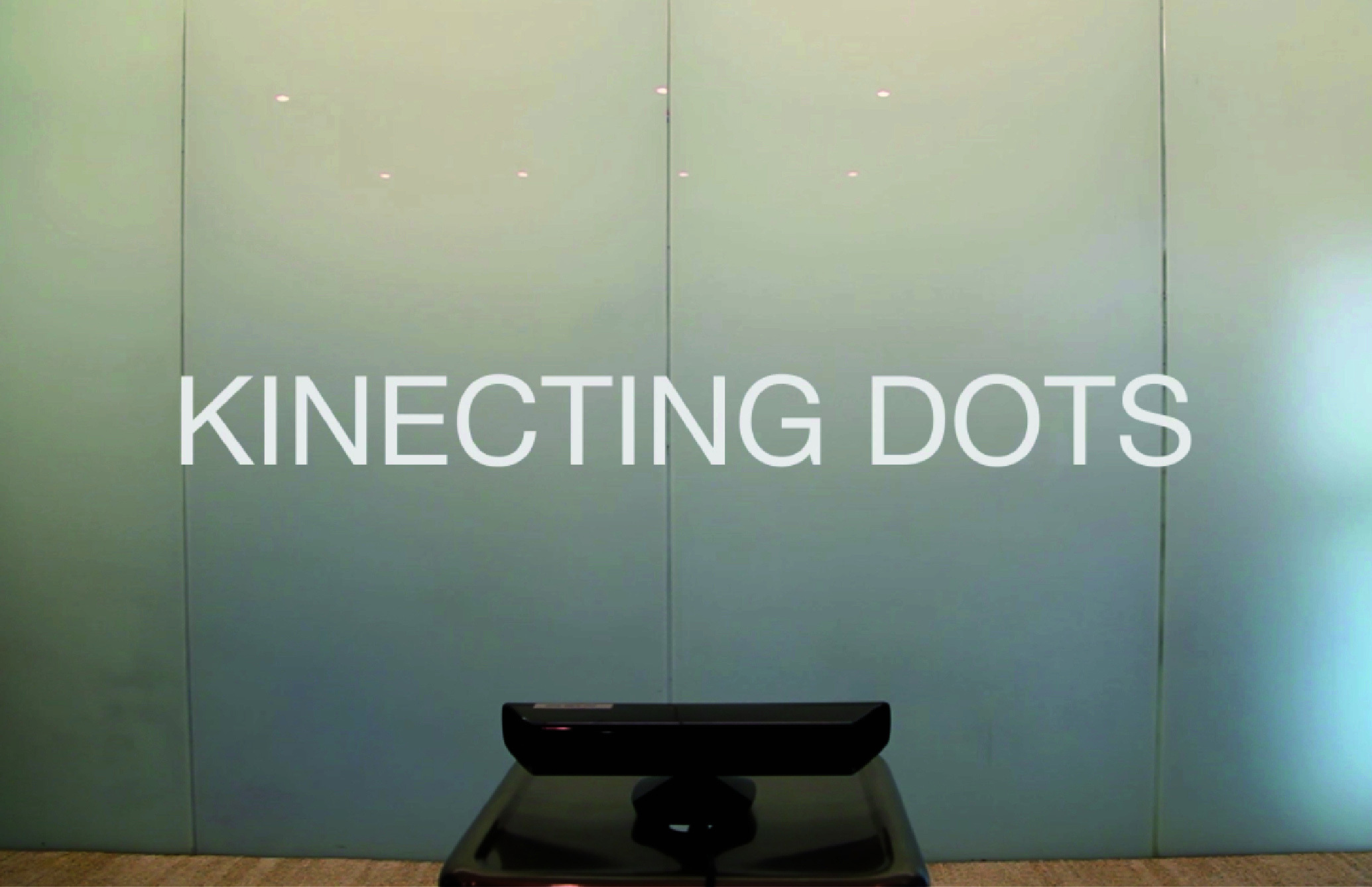 Kinecting Dots is an interactive ‘quantified self’ visualization with a competitive twist. The gesture interface allows users to view daily journeys and distance traveled via bar charts, maps, and text data - all through the lens of the Xbox 360's Kinect Sensor.

The underlying idea of Kinecting Dots is to visualize two users’ daily activity data in an ambient setting. Its competitive component is a daily goal measured in steps taken (8,000) or distance traveled (5 kilometers). As users interact with Kinecting Dots through the day, they can check how close they are to achieving the daily goal and beating their opponent. Users can toggle between visualizing how many steps they have taken or kilometers traveled. They can also cycle through previous days' data.

Location data was captured via Moves for iPhone (an app that automatically records walking, cycling and running data). They offer an API, making the recorded data accessible for developers. The interface uses Processing (an open-source programming language and environment) to access the Kinect Sensor, displaying a heavily modified camera image. The Kinect can act both as a normal video camera and as an infrared sensor which reads distance, making gesture interfaces possible.

The closest position to the camera is tracked with a white circle. This acts like a cursor, so users can point at buttons to cycle through days and toggle between kilometers and steps. By stepping forward the user’s map from the selected day is displayed, and if they step even closer a complete text overview of their data appears.

Kinecting Dots is an entertaining way of visualizing and 'gamifiying' data. Its gesture interface and competitive angle encourage interaction, and present a different way of looking at everyday city travel.