Made by Addi Hou 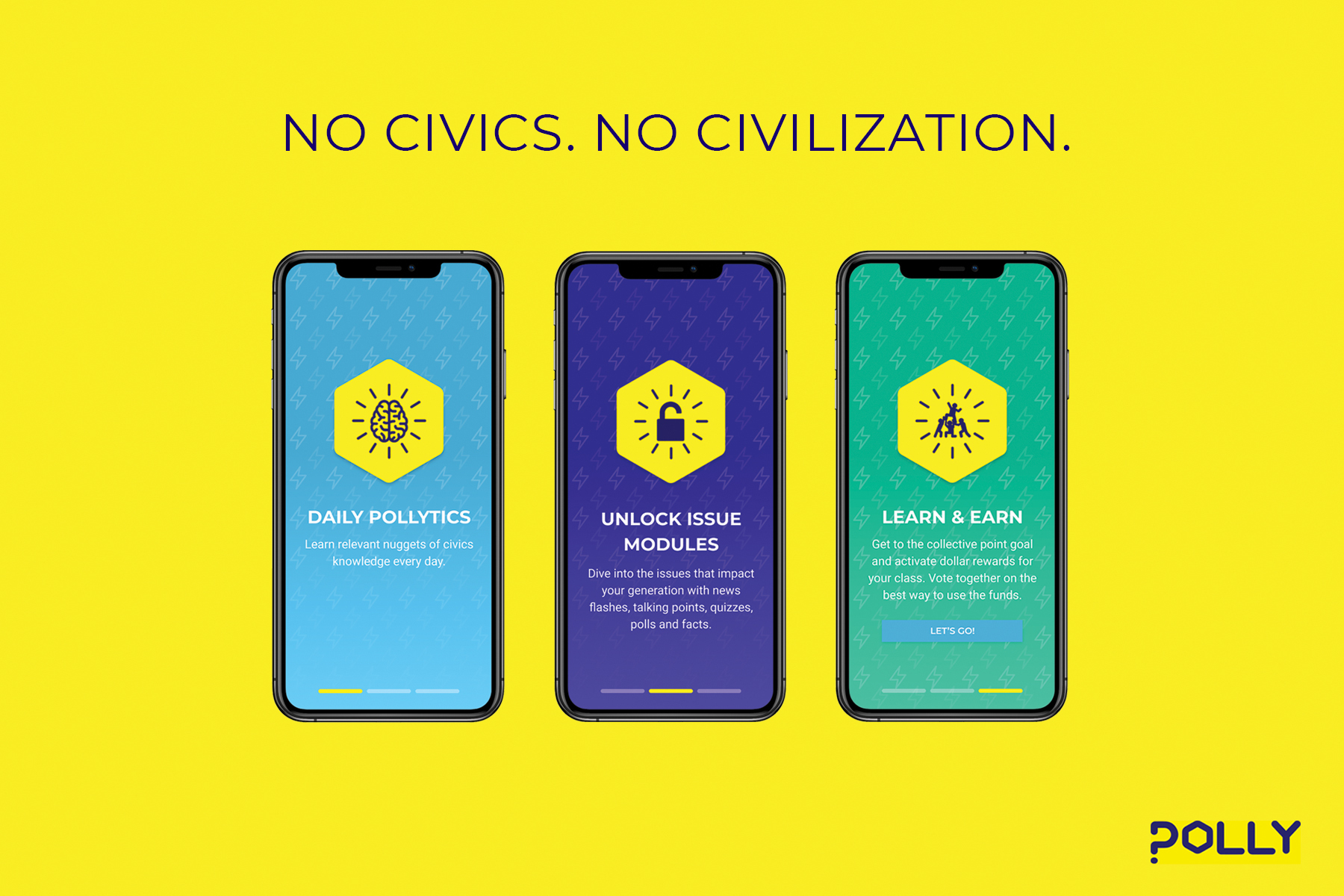 A civics knowledge platform that prepares the next generation of voters, high school students, to be well-informed empowered citizens.

Civic knowledge and public engagement in America are at an all-time low. We expect young voters to vote without providing them with the civics knowledge necessary to fully comprehend living in a democracy.

POLLY is a civics knowledge app aimed at young citizens that revolves around relevant talking points, facts and quizzes that will connect potential voters to basic terminology and concepts, as well as to the issues that matter most to them. Users will become more empowered citizens, becoming part of the political conversation rather than feel excluded from it.