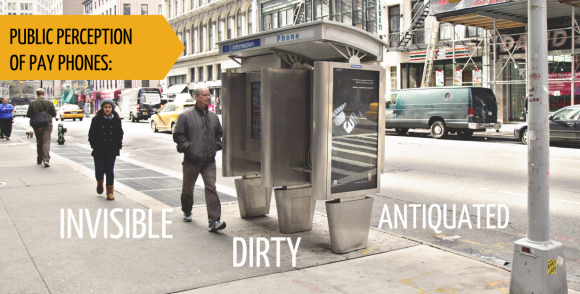 As we evaluated the project brief of analyzing citywide systems that broke during the recent Hurricane Sandy, we were drawn to the problem of broken communication systems, leading us to one thing that didn't completely break down: phone booths. We began to brainstorm how this antiquated network of city objects might be better used in the modern city, in both times of disaster and in the day to day.

There is a reliance on mobile technology for both information and communication. When those devices are not accessible or their system breaks down (power, cell service), we feel public spaces should provide helpful resources to citizens in such situations. Our project aim was to create a better network of communication resources for the general public of New York City in these such cases.

We see potential in the existing network of communication devices already available in the city. We proposed building upon the New York City phone booths both in structure and functionality, updating their capabilities and usefulness to citizens in all instances of regular lifestyle and also emergency.

Through our design for daily connectivity and use, we believe it is more likely that our users will be aware of these booths and their potential for helpful information in times of crisis. As we continue to evaluate the phone booth's place in the city, we developed a final proposal that we entered in the city's Reinvent Payphones competition. 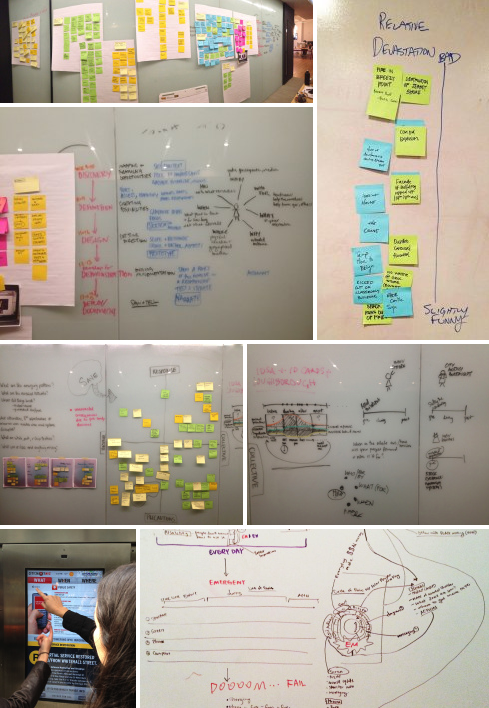 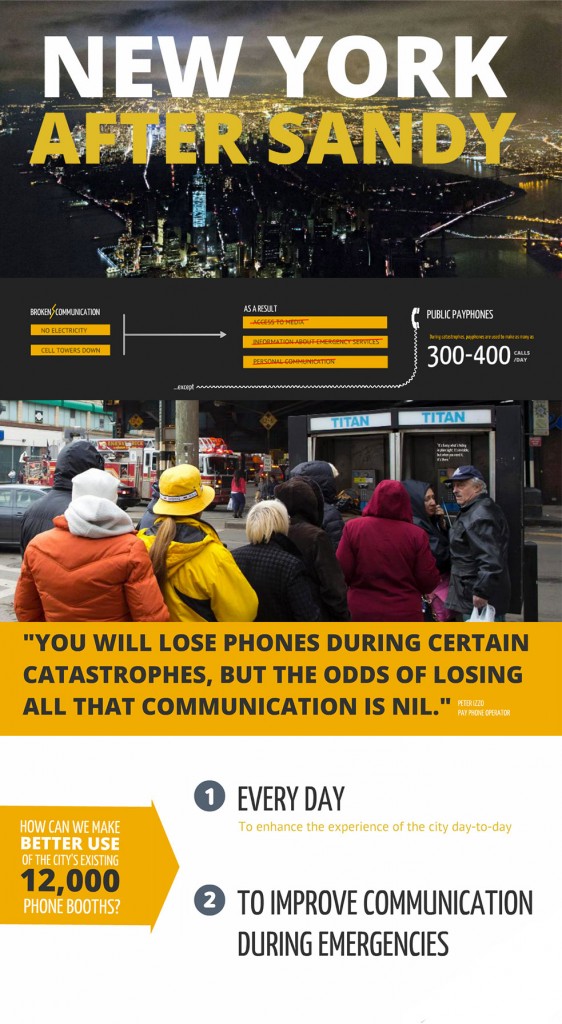