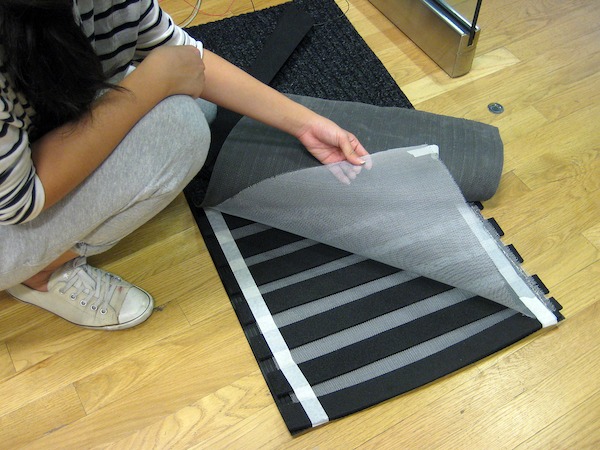 There is a constant stream of people coming and going from the SVA IxD department, yet the only method available for them to travel is via elevator, which is slow and often overcrowded. For the physical computing midterm, this group took a two step approach to addressing this concern. First, they petitioned various stakeholders within the building to get the stairs unlocked between the first floor, the sixth floor studio, and the eleventh floor classroom.

With this accomplished, they built a large pressure sensor to place at the stairwell door and track how many people were taking the stairs. They attempted to intercept people as they went to call the elevator by displaying the running total of people who had taken the stairs for collective impact. In the week that this project was up, over 200 people elected to take the stairs rather than the elevator. 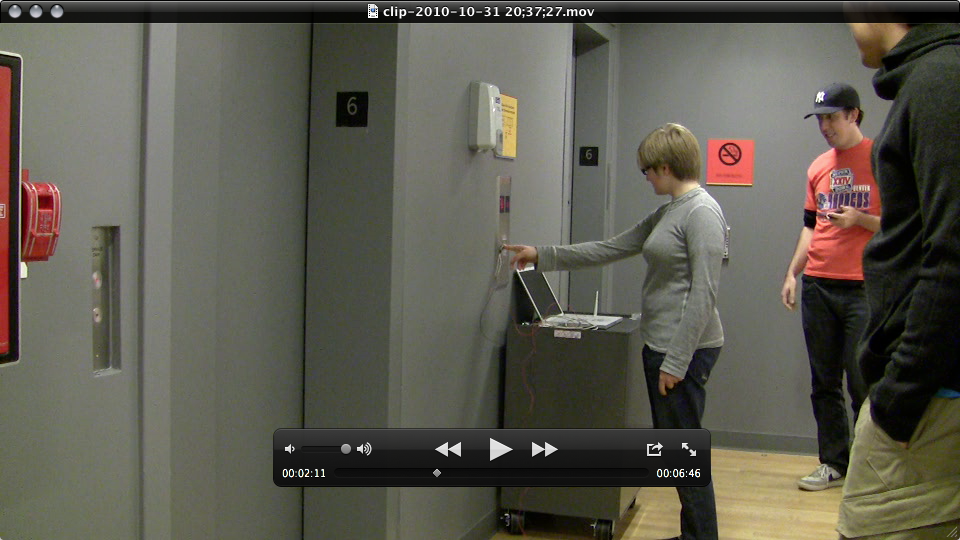 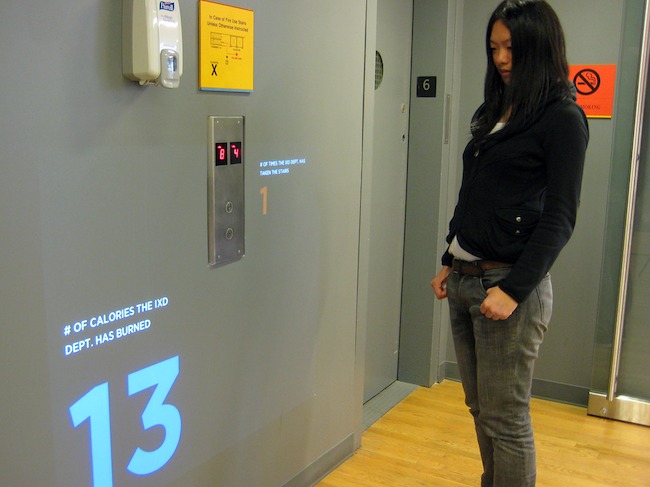 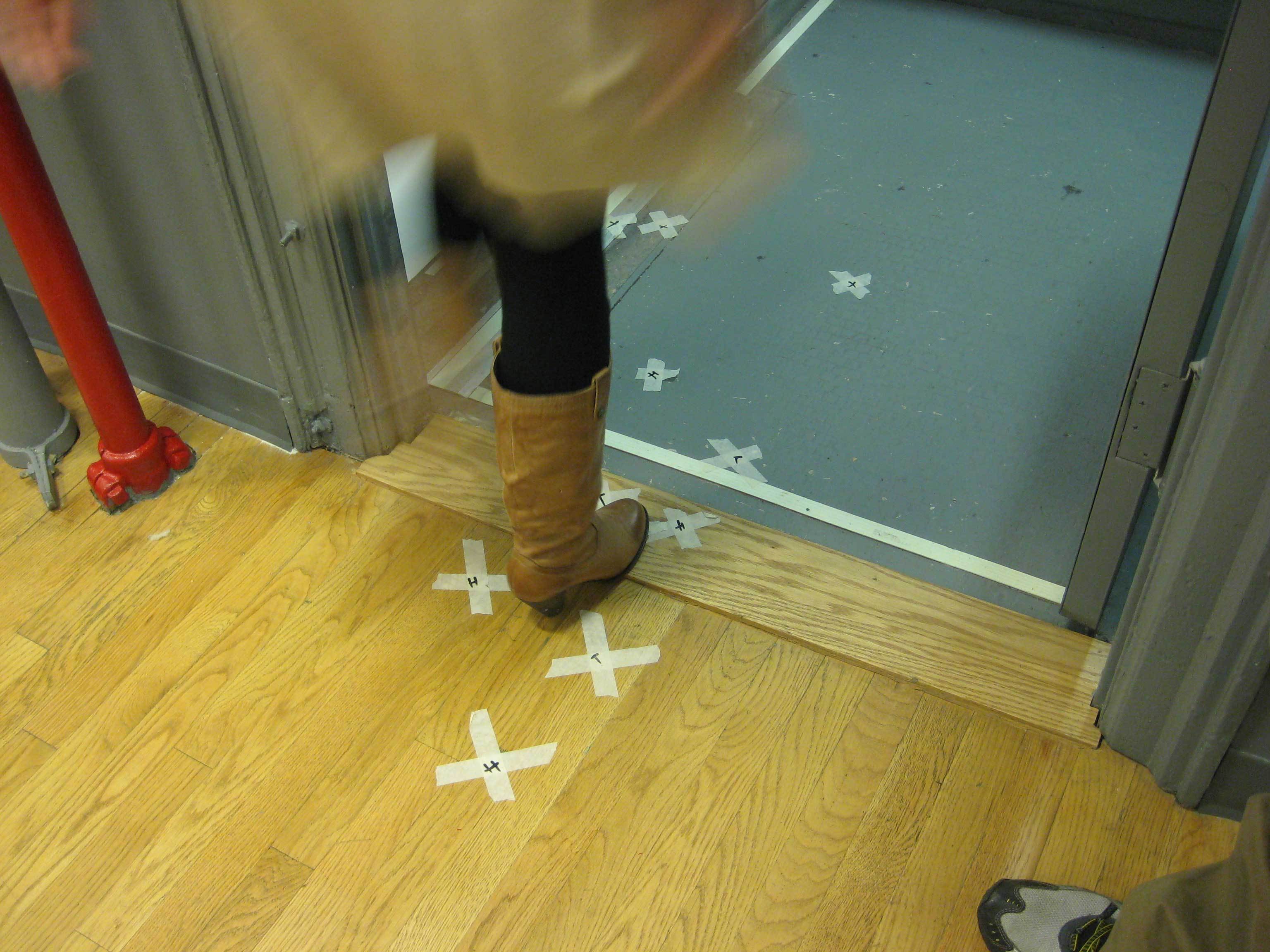 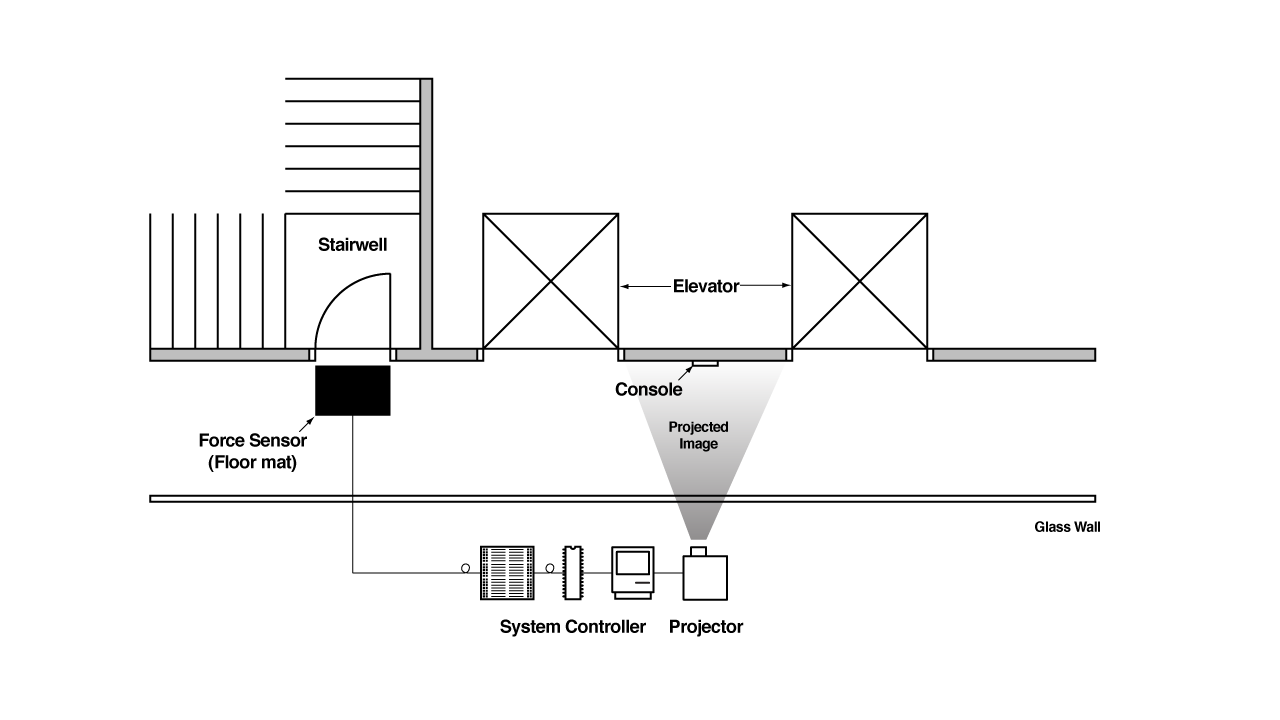