Made by Michie Cao Brandon Washington 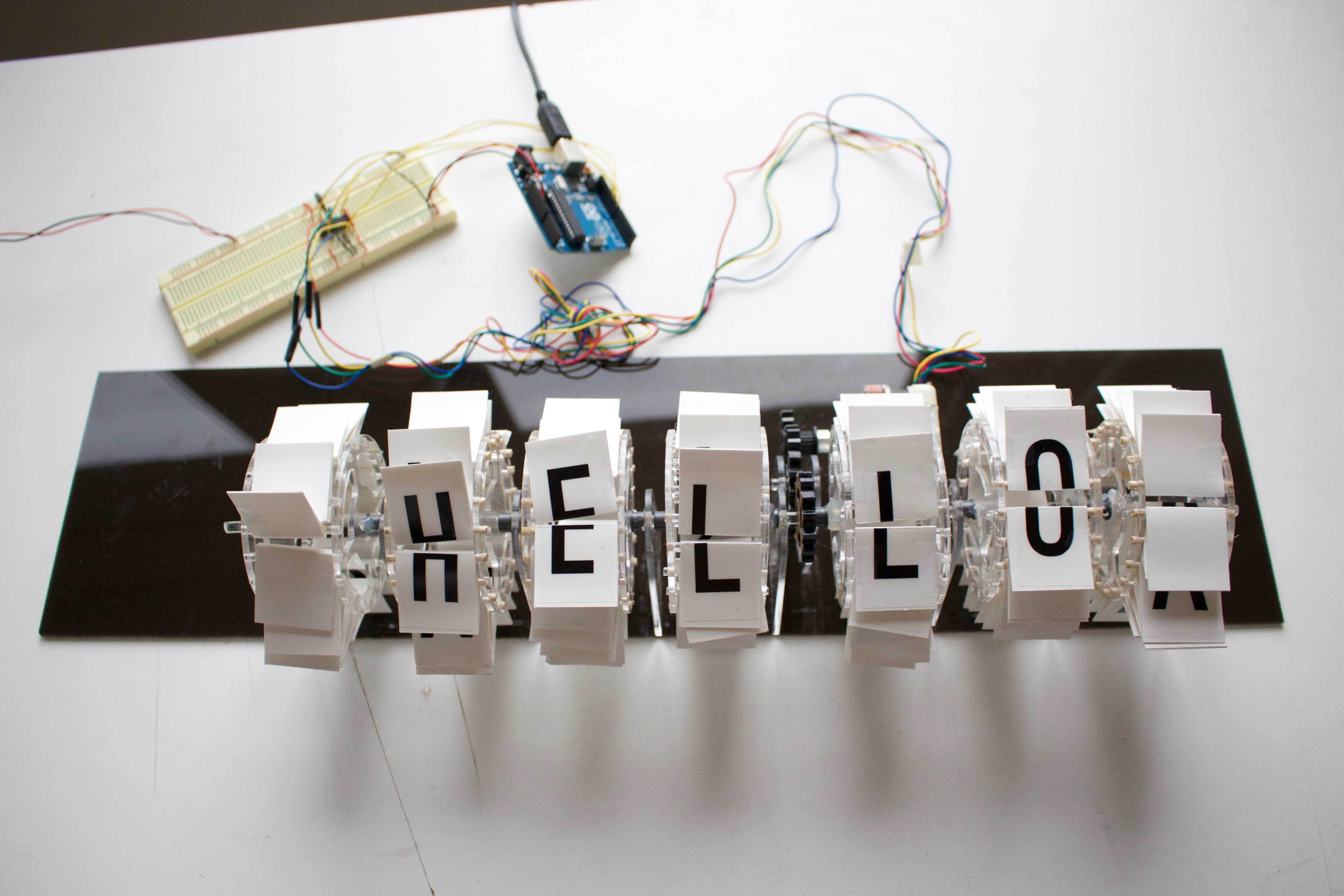 The Ticker is a smart object designed to encourage more face-to-face conversations and get people away from their phones.  Connecting up to 3 people’s social media accounts, the Ticker parses through the connected accounts and presents all the commonalities shared between them in the form of a cryptic, 7-letter code word.

Nowadays, people rely on information gathered from their social media networks to start conversations with people they don't know.  However, with the overload of information provided, it can be hard for them to find the relevant or shared information that matters.  So we asked: how can we as designers encourage more relevant conversations between strangers in a social setting?

As a response to this issue, we created the Ticker. To use the Ticker, users tap their phones to the object, which syncs to their Facebook and Twitter accounts. The Ticker will parse through all of the data and find the commonalities found among them, presenting it in the form of a relevant, yet cryptic 7-letter code word. As the goal of the Ticker is to support more meaningful conversations - and not distract from it - we also designed it to be contextually aware by gauging surrounding noise levels with a built-in microphone.  The Ticker only presents new code words when it senses that noise levels are low and conversations are at a lull. In order to see if code words from social media data would be interesting conversation starters, we prototyped and conducted user tests. Pairs and groups of 3 were given a code word based on similarities from their social media accounts. Participants found the exercise to be engaging, enjoyable, and sensible.

The form of the Ticker is intentionally designed to be low-tech to serve as a counterpart to today’s smart gadgets. The form is inspired by traditional analog split-flap display boards found in train stations and board game tiles, both of which have a way of bring people together in communal spaces. The sound and movement of its flapping letters gives it personality and charm.