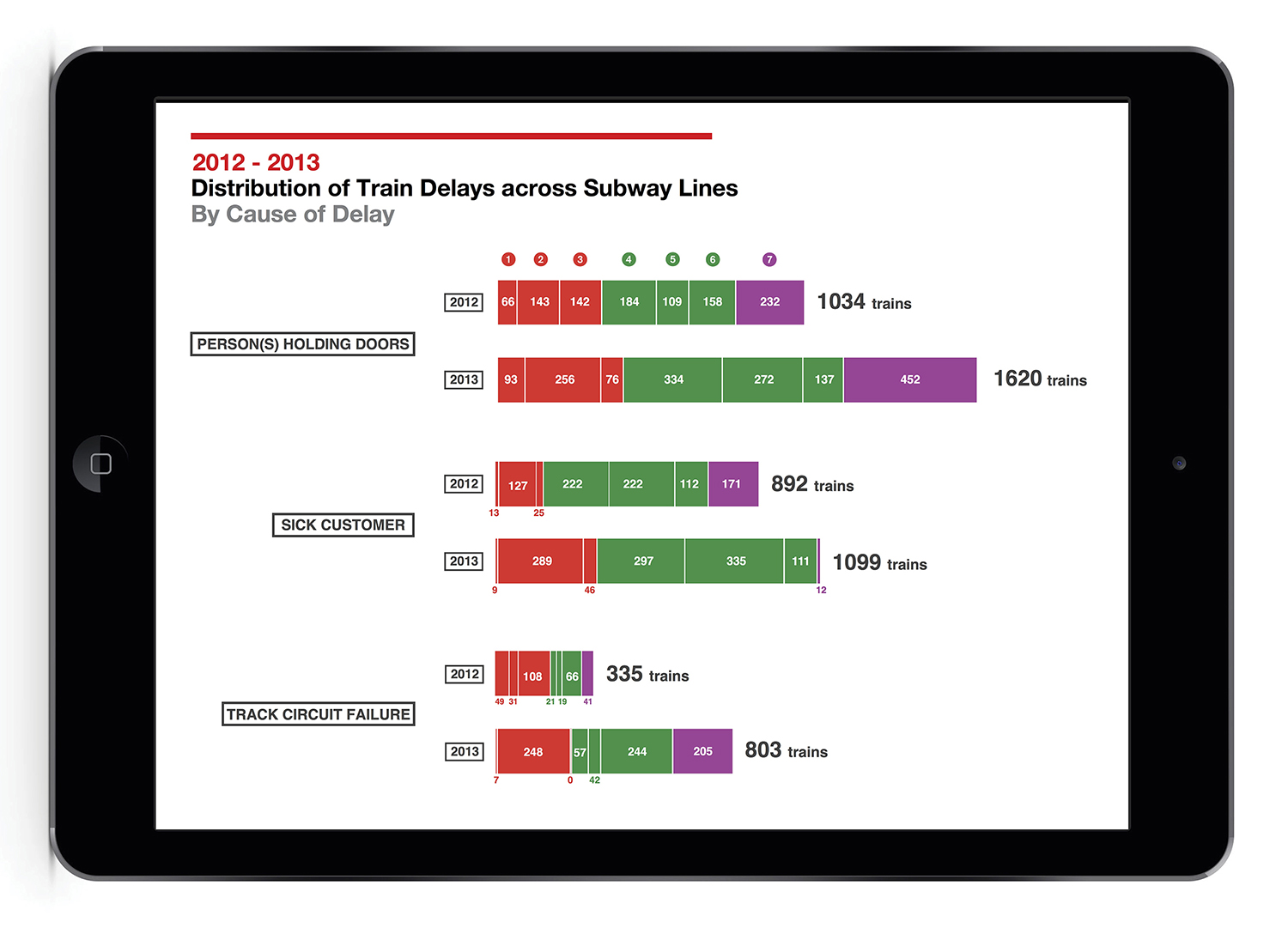 Designers Michie Cao, Sneha Pai, and Matthew Brigante were tasked with researching and analyzing the causes and impacts of delays for A-Division trains in the subway system during 2011-2013 Monday morning rush hours. Their findings and analysis include various ways of defining a delay and represent both a micro and macro view of the system.  They utilized data-sets representing various aspects of delays within the system, including metrics such as cause of delay, duration, location, and frequency for trains within the A-Division.

The first part of their analysis exposes various causes of delays within the system based on three attributes: frequency, duration and number of trains impacted. They proposed a tablet interface that would allow the user to toggle through the various years as well as the various causes being analyzed. Using these attributes they created qualitative score cards to better interpret a delay cause. Secondly, they focused on a further breakdown of the data to compare the impact of various lines within their attributes.

To understand the system as a whole, they utilized a map to depict hotspots of delay impacts from an "at-a-glance" view using train wait assessment data across all the stations on the 4-5-6 service. 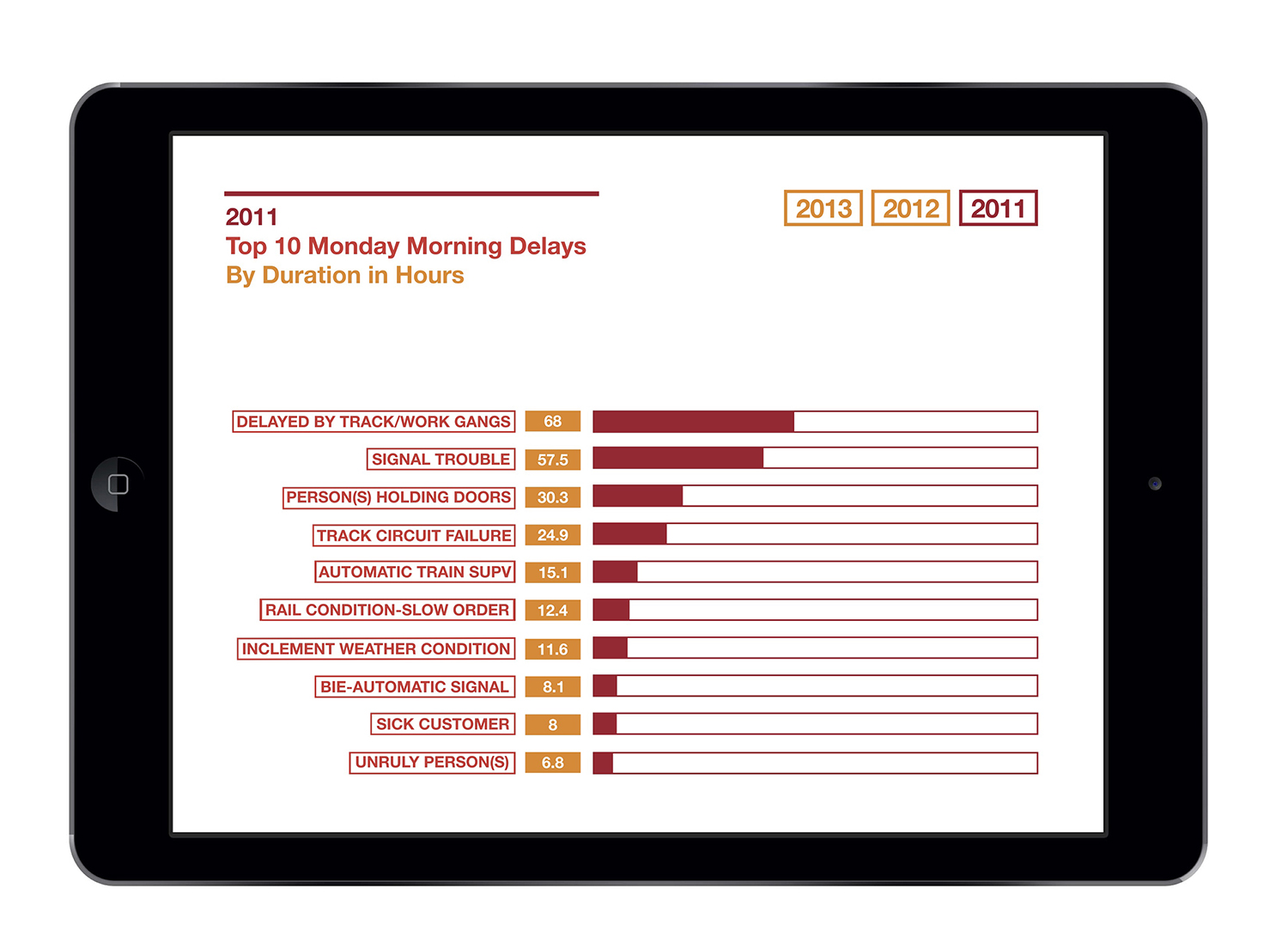 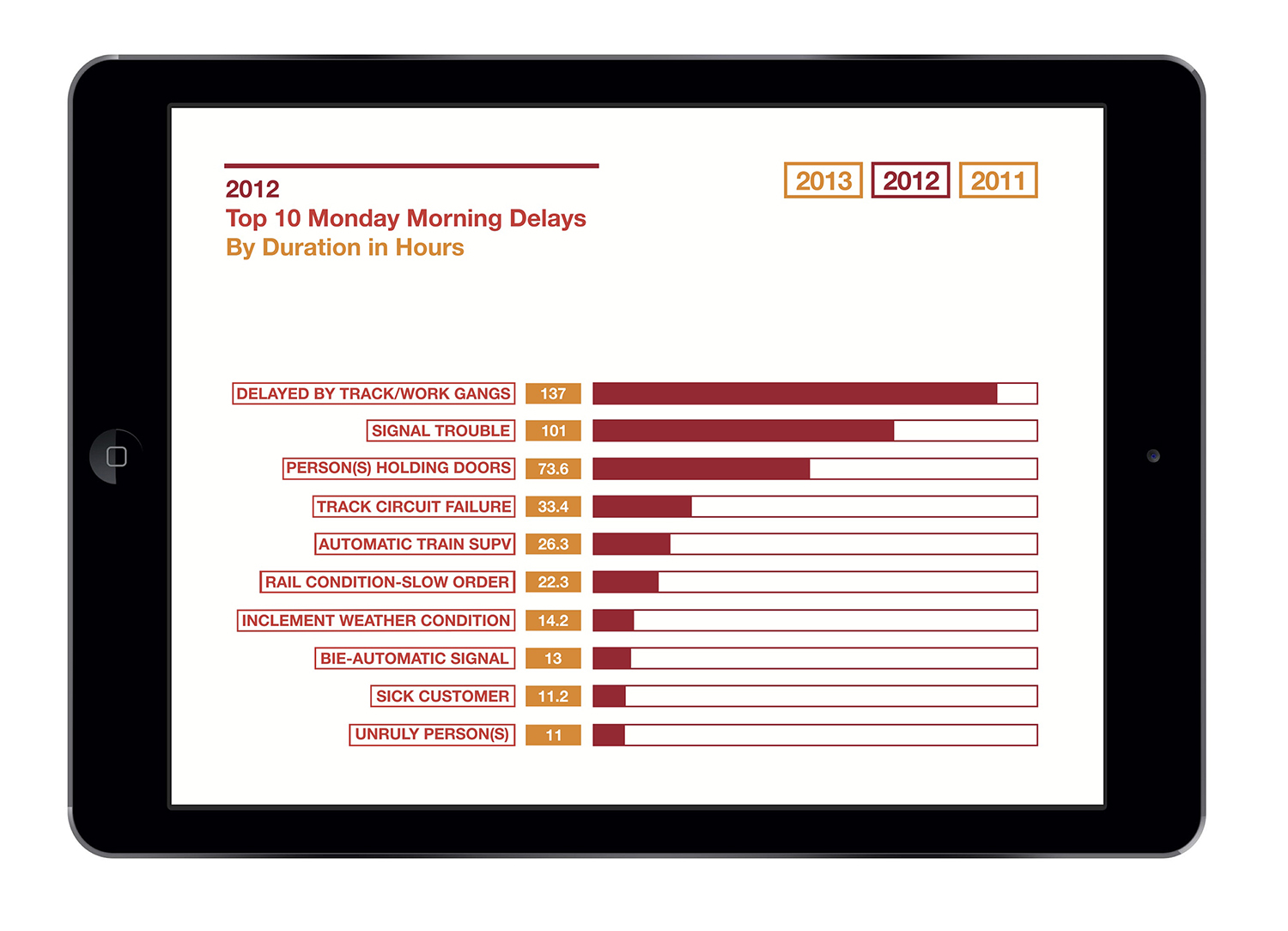 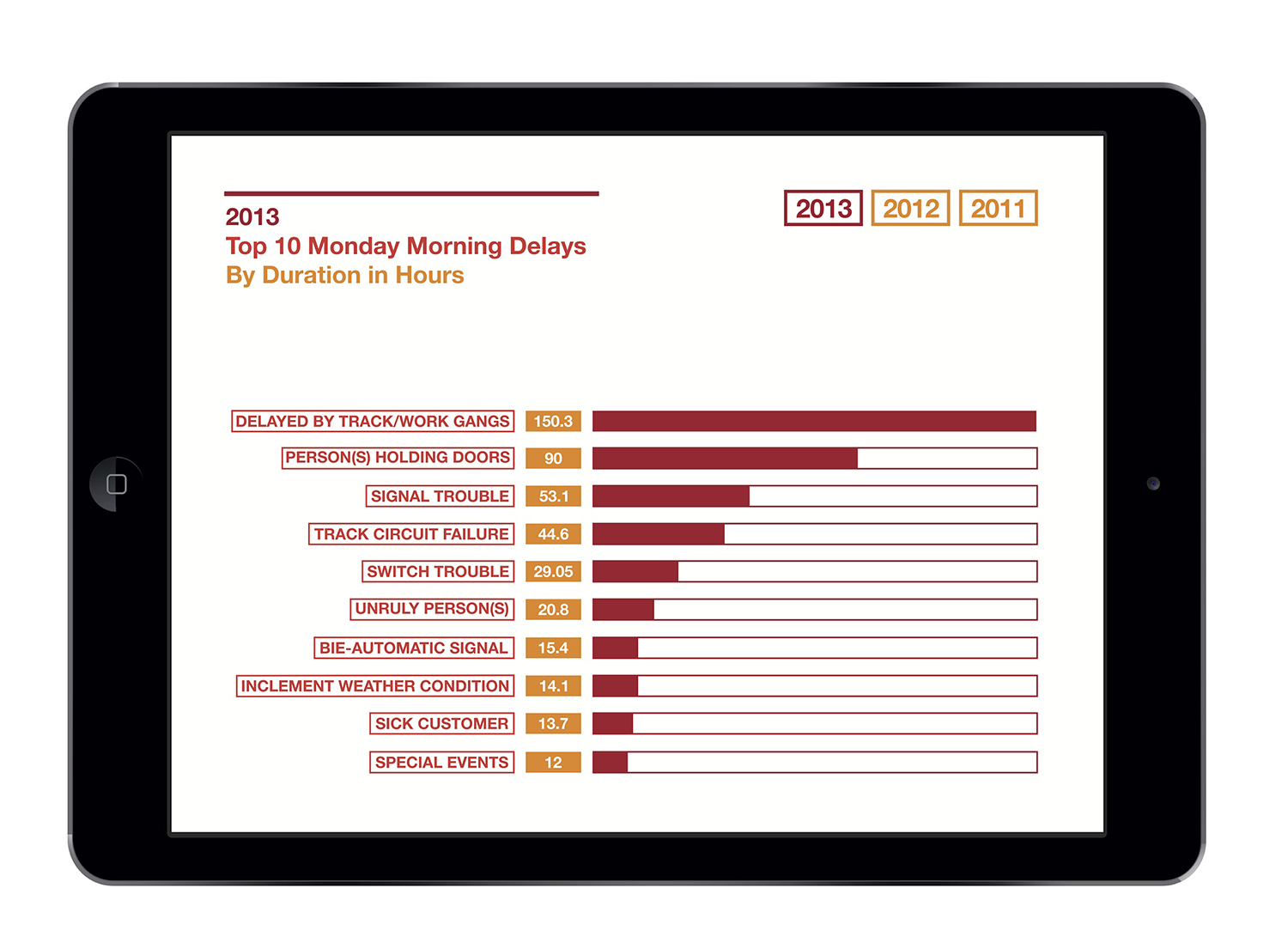 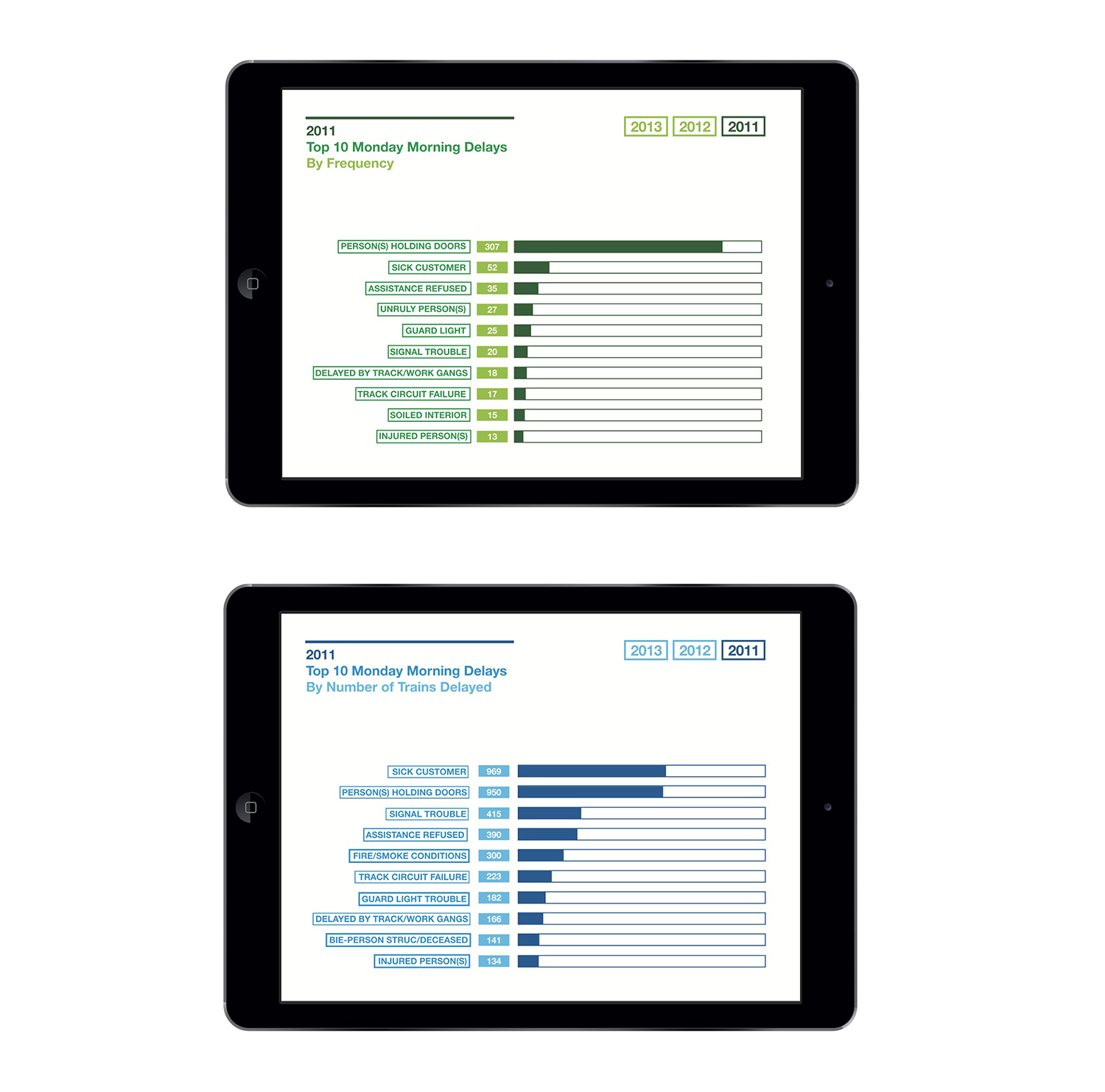 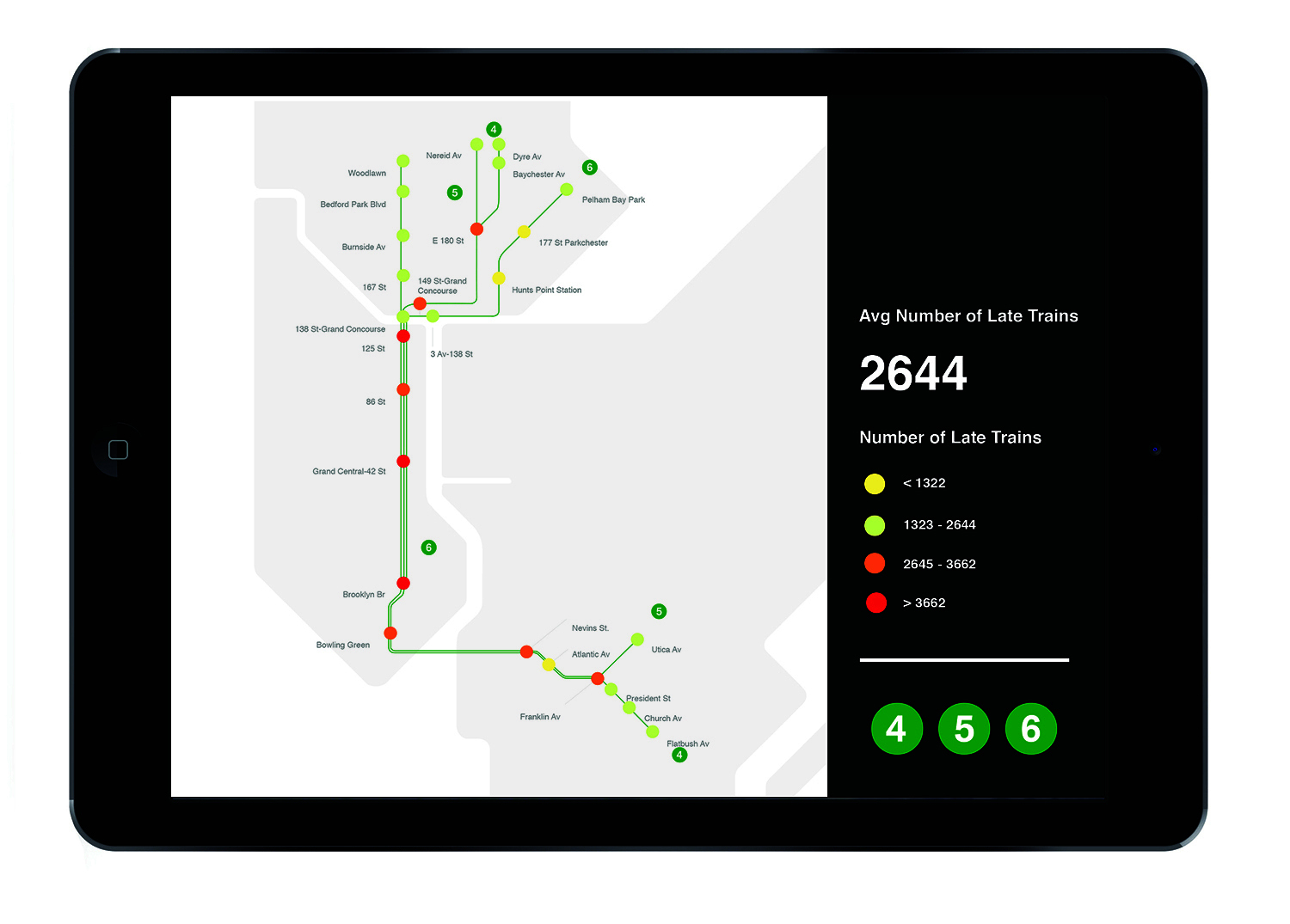