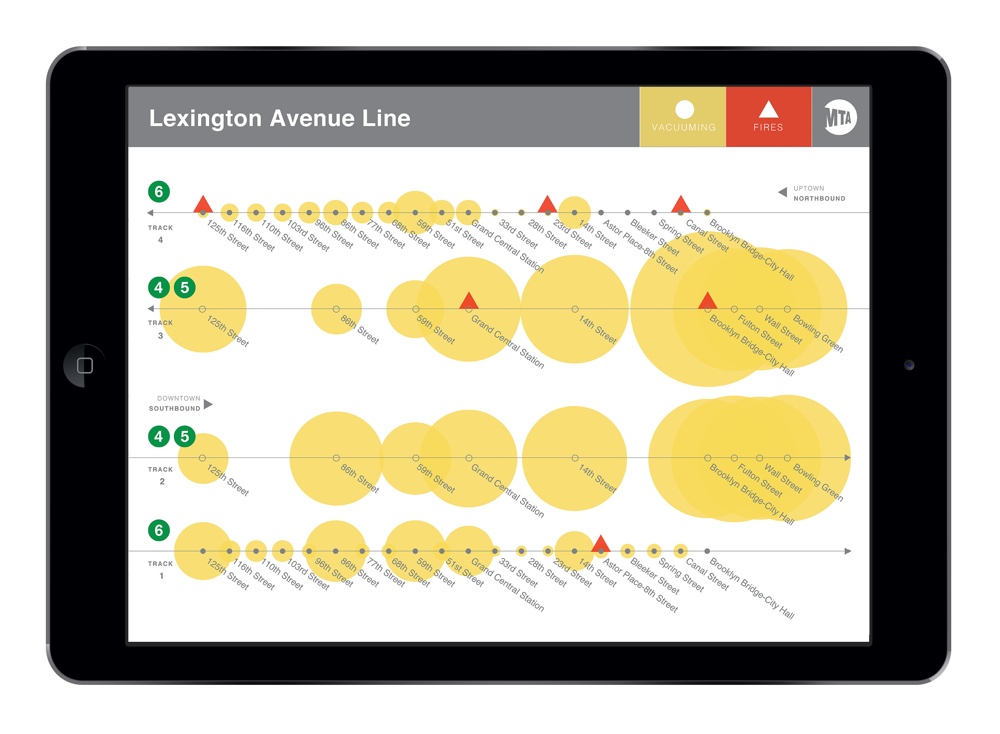 They looked at the frequency with which fires took place, and attempted to identify possible causes. A known cause of fires is trash on the tracks, so one area of particular interest was how often cleaning took place (with Vacuum Trains). Data examined included: the total number of monthly fires across the whole subway system, Vacuum Train activity (across one line), and delays during morning rush hour (also on one line only).

The group's hunch was that stations with more frequent vacuuming would see less fires, since less trash would be left on the tracks. Unfortunately, the very limited data set did not conclusively support this. However, the visualizations set up a language and format where identifying such connections would be possible, as well direction on where else to look for possible causes - and were very well received by the team present in the final workshop 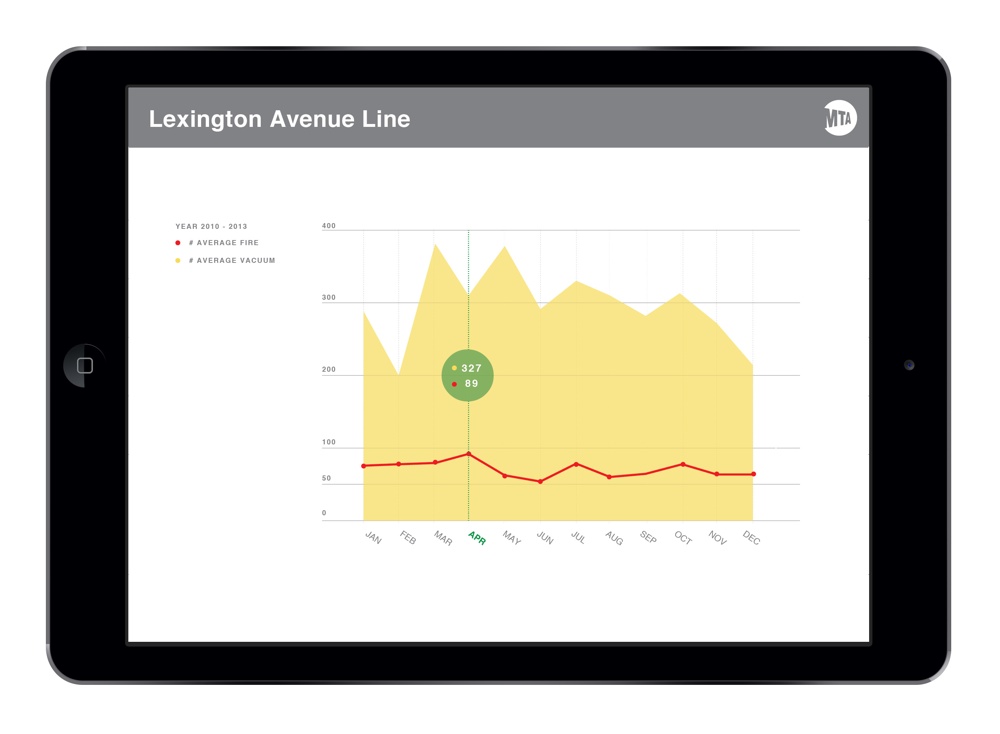 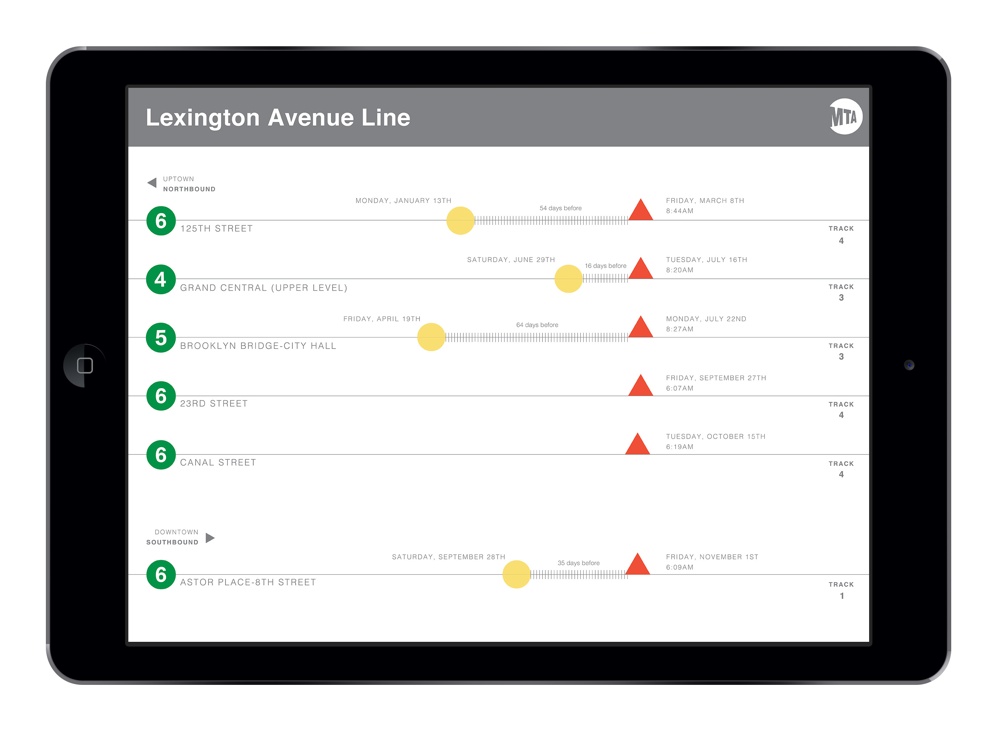