Made by Jessica Halloran 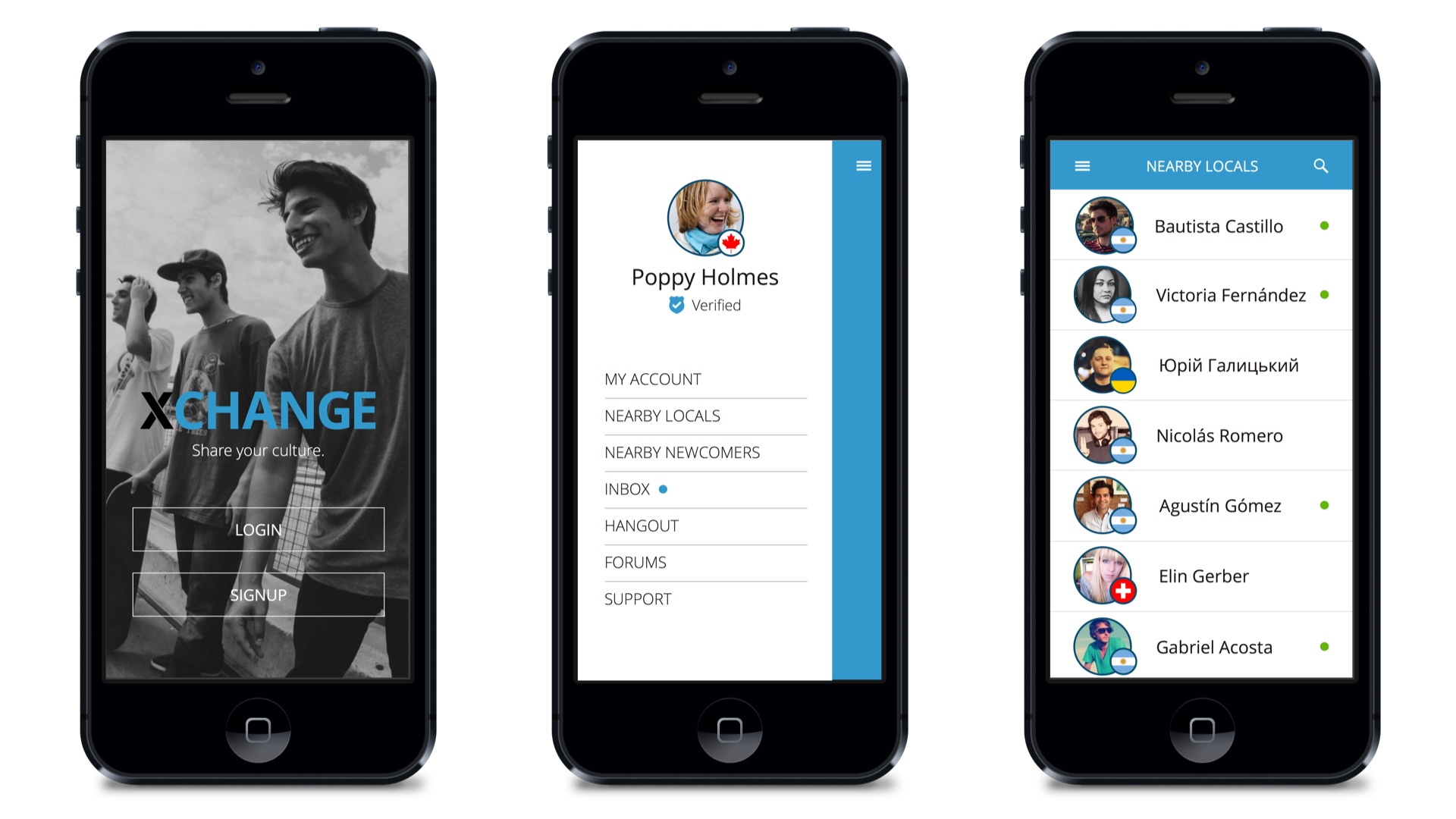 XCHANGE is a conceptual project aimed at trying to solve culture shock, a problem many people face when they move abroad. After some time in a foreign country, many people begin to feel disillusioned and frustrated with the things that separate them from their adopted homeland. XCHANGE serves as a means to combat that loneliness and dread that comes with feeling like an outsider among a new group of people.

Through user research, interviewing immigrants as well as local AirBnB and CouchSurfing hosts, a couple conclusions were reached:

1. You will never feel like a part of a new country until you speak the language.

2. There needs to be some form of reciprocation from the locals, showing they want to accept the immigrants as one of their own.

The challenge on this application, is to create an online platform to create offline relationships. XCHANGE brings Newcomers and Locals together to share their cultures and experiences, as a way to jump-start relationships in foreign countries by creating non-romantic friendships and friend-groups. The clean, simple UI is meant to keep the online interaction swift. In the end, it’s all about creating meaningful relationships and making the transition in a foreign country easier. Once someone has found a person who piques their interest, they can ask to Hangout in person or begin a Chat session to get to know them better. 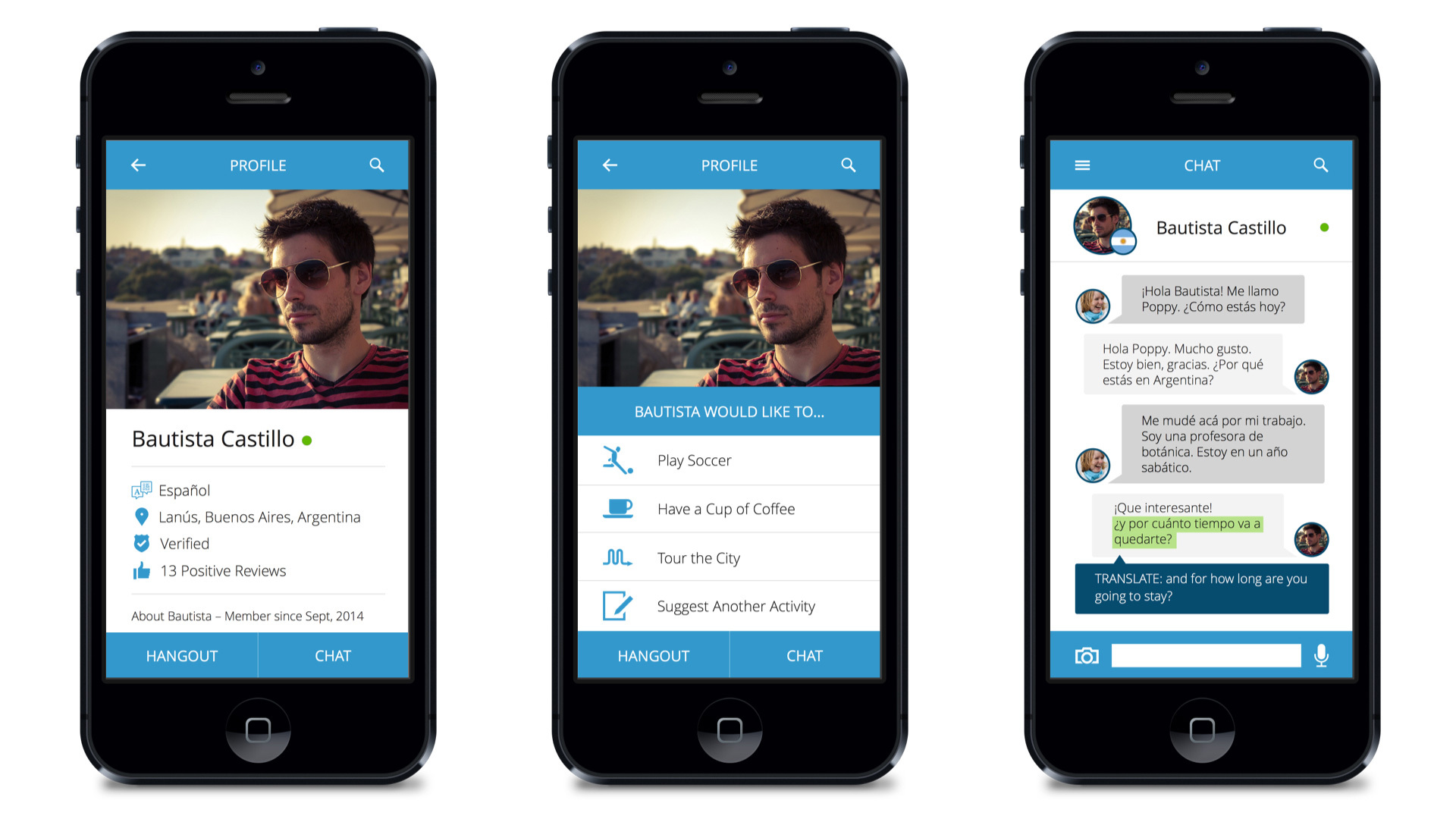